Stellar is a clinical study for retinitis pigmentosa and Usher syndrome. This page provides patients, their families and care givers with information about the trial.

Stellar is the name of a clinical trial that aims to study whether the investigational RNA therapy QR-421a is effective and safe for people with retinitis pigmentosa and Usher syndrome due to mutations in exon 13 of the USH2A gene. This Phase 1/2 trial is the first clinical study to investigate QR-421a.

This trial has completed enrollment. Please sign up for our newsletter if you want to stay informed on the progress in development and to learn more about other opportunities for trial participation.

For the Stellar study, we teamed up with the Foundation Fighting Blindness. In the partnership, the foundation supports the trial financially and provides learnings from the “RUSH2A” natural history study they are conducting.

QR-421a is an investigational RNA therapy that aims to stop vision loss in people that have retinitis pigmentosa due to a mutation in exon 13 of the USH2A gene.

How is the Stellar trial set up?

How is the Stellar trial set up?

Clinical trials are used by researchers to find out whether new medicines are effective and safe. Key aspects of the Stellar trial are the following:

Based on the positive results from Stellar, we plan to start two final stage Phase 2/3 clinical trials called Sirius and Celeste.

Genetic testing is the only way to receive an accurate diagnosis and will help find out if there are treatments or clinical trials available. 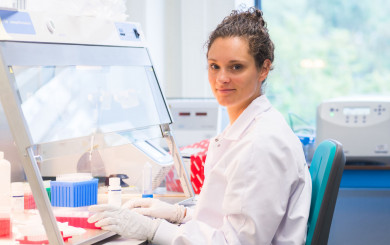 What is retinitis pigmentosa?

What is USH2A mediated retinitis pigmentosa?

Retinitis pigmentosa (RP) is an inherited retinal disease that leads to vision loss and blindness. Symptoms usually start with night blindness during childhood and further progress with loss of side (peripheral) vision leading to tunnel vision. Loss of central vision appears during adulthood and blindness is frequent in adulthood.

The vision loss can exist in combination with hearing loss, this disease is called Usher syndrome. Usher syndrome is the leading cause of combined deafness and blindness.

RP is a genetic disease that causes a mistake, or mutation, in the patient’s RNA. Because of the mutation, an essential protein in the eye is not produced or cannot function, and this leads to the deterioration of the light detecting cells in the retina. Both Usher syndrome and RP can be caused by mutations in the USH2A gene and often these mutations appear in a specific part, called exon 13. Because of the mutation, the USH2A RNA cannot produce a functional Usherin protein that plays a role in the development of both the ear and eye.

In the Western world, up to 16,000 people have vision loss due to mutations in exon 13 of the USH2A gene. To date, there are no other therapies approved or in clinical development that treat the vision loss associated with USH2A exon 13 mutations.

What are mutations in exon 13?

What are mutations in exon 13 of the USH2A gene?

Source: databases.lovd.nl. As new mutations are being discovered in ongoing research this list may not be complete. For each mutation both the DNA and protein formats are given because genetic test results may provide both or one of the formats. Explanation of codes: ‘c.’ stands for complementary DNA, the number gives the position in the gene, the letters explain what has changed, for example 2209C>T means the C at position 2209 was changed into a T and 2299delG means that the G at position 2299 was deleted from the gene. ‘p’ stands for protein, the letters and numbers explain what amino acid (building block of a protein) was changed, for example Arg737 means the amino acid arginine at position 737 changed. ‘*’ means protein production is stopped at that position and Cys759Phe means the cysteine at position 759 changed into a phenylalanine.

Below you will find answers to the most frequent questions about the Stellar trial.

If you have any questions, please contact us using the form below. You can also mail directly to patientinfo@proqr.com. 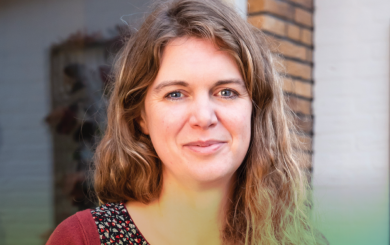