Aurora is a clinical study for retinitis pigmentosa. This page provides patients, their families and care givers with information about the trial.

Aurora is the name of a clinical trial which aims to study whether the investigational RNA therapy QR-1123 is effective and safe for people with retinitis pigmentosa (RP) due to the P23H mutation, also known as c.68C>A, in the rhodopsin (RHO) gene.

Mutations in the RHO gene cause an autosomal dominant form of RP (adRP) and the P23H mutation is the most common mutation causing adRP in the United States.

This Phase 1/2 trial was launched in December 2019 and is the first clinical study to investigate QR-1123.

This trial is not enrolling participants at this time. Please sign up for our newsletter if you want to stay informed on the progress in development and to learn more about other opportunities for trial participation.

QR-1123 is an investigational RNA therapy that aims to stop vision loss or restore vision in people that have RP due to the P23H mutation in the RHO gene.

How is the trial set up?

How is the Aurora trial set up?

Clinical trials are used by researchers to find out whether new medicines are effective and safe. Key aspects of the Aurora trial are the following:

Based on the results from Aurora, we plan to start a Phase 2 repeated dose clinical trial.

Genetic testing is the only way to receive an accurate diagnosis and will help find out if there are treatments or clinical trials available.

What is retinitis pigmentosa?

What is RHO mediated retinitis pigmentosa?

Retinitis pigmentosa (RP) is an inherited retinal disease that leads to vision loss and blindness. Symptoms usually start with night blindness during adolescence or early adulthood and further progress with loss of side (peripheral) vision leading to tunnel vision. Loss of central vision appears which frequently progresses to blindness in adulthood.

RP is a genetic disease that causes a mistake, or mutation, in the patient’s RNA. Because of the mutation, an essential protein in the eye cannot function, and this leads to the deterioration of the light detecting cells in the retina. RP can be caused by mutations in many different genes. In the United States, people often have RP because of the P23H mutation in the RHO gene causing a version of RP called autosomal dominant RP. Because of the mutation the RHO RNA produces a mutated version of the rhodopsin protein that is toxic to the retina.

In the United States, approximately 2,500 people have vision loss due to the P23H mutation. To date, there are no other therapies approved or in clinical development that treat the vision loss associated with this mutation.

Below you will find answers to the most frequent questions about the Aurora trial.

If you have any questions, please contact us using the form below. You can also mail directly to patientinfo@proqr.com. 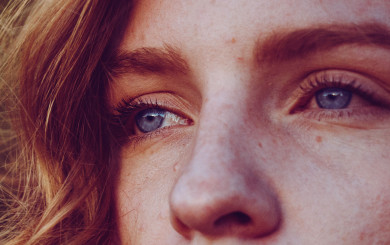