Fuchs Focus is a clinical study for Fuchs endothelial corneal dystrophy. This page provides patients, their families and care givers with information about the trial and trial participation.

What is Fuchs Focus?

What is Fuchs Focus?

Fuchs Focus is the name of a clinical trial which aims to study whether the investigational RNA therapy QR-504a is safe for people with Fuchs endothelial corneal dystrophy (FECD) due to trinucleotide repeat (TNR) expansion mutations in the TCF4 gene.

This Phase 1 trial is the first clinical study to investigate QR-504a. If you are interested in joining this trial, please read about the eligibility criteria.

QR-504a is an investigational RNA therapy that aims to slow down vision loss in people with Fuchs endothelial corneal dystrophy (FECD) due to trinucleotide repeat expansion mutations in the TCF4 gene.

How is the trial set up?

How is the Fuchs Focus trial set up?

Clinical trials are used by researchers to find out whether new medicines are effective and safe. Key aspects of the Fuchs Focus trial are the following:

Participants will receive the study medicine once in the chosen (study) eye, which is the last eye to receive the corneal transplant.

Is Fuchs Focus for me?

Is Fuchs Focus for me?

The information below outlines the main criteria for participation in the trial. Participants must:

How to participate in the clinical trial?

We recommend that you discuss your situation and suitability for the trial with your doctor. They will be able to refer you to a medical center where the Fuchs Focus trial is conducted. You can also contact the trial center directly.

What is Fuchs endothelial corneal dystrophy?

Fuchs endothelial corneal dystrophy (FECD) is a common genetic disease that affects the cornea, the most outer layer of the eye. FECD leads to progressive degeneration of a thin layer of cells just underneath the cornea, the corneal endothelium. When this layer is not functioning well it can result in corneal edema, scarring, corneal clouding, and vision loss. Blisters on the cornea are a major cause of pain in patients with advanced FECD.

FECD is a common disorder, studies show that it affects more than 4% of people over the age of 40 in the United States, and similar numbers are reported for other parts of the World. FECD is often caused by trinuclear repeat (TNR) expansion mutations in the TCF4 gene. In people of European descent, around 75% of FECD patients have this mutation.

Currently there are no treatment options available to stop or slow down FECD and disease management is aimed to reduce symptoms. The only effective therapy for late-stage FECD is corneal transplantation. The availability of donors, risk of rejection, and the inherent risk of such surgeries are some of the limitations of this option.

Below you will find answers to the most frequent questions about the Fuchs Focus trial.

Didn't find the answer to your question yet? We'll gladly help you, please reach out using the form below, or email directly to patientinfo@proqr.com. 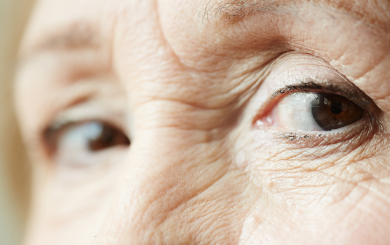